Times before number, condemned criminals had waited for their last dawn. Yet until the very end they could hope for a reprieve; human judges can show mercy. But against the laws of nature, there is no appeal.
– Arthur C. Clarke, The Wind From the Sun: Stories of the Space Age (1972).

Well it’s been two days of deep immersion in the middle pile of poems. I dearly wish I could quote some of them, because it’s been a fascinating look into the various ways that haiku can go wrong, or not-quite-right. And in many ways it’s working through these poems that is the most rewarding in terms of my own personal development as a haiku poet. I’m not looking at the bad attempts anymore, nor am I looking at the ones that are assured and complete. This is the land of the nearly, of the almost, of the yes but and the hmm, poems. And working out for myself what it is that stops them quite making the top grade is wonderfully informative.

I’ve been over and over all of the poems in this group, trying to understand exactly what it is that the poet wants me to see, to feel. Looking at the mechanical aspects of the poems – do the line breaks fall in the right places? Is the punctuation appropriate? Have they used the right verbs, the right nouns? Are there extra nuances that I might be missing? All of of these things have today seen poems fall out of contention. And in one case, a poem rocket right up the ranks! I ended up spending about two hours online, searching the internet for info on birds and insects (do they move that way? Live there? Look like that?) weapons, architecture, (is it the right shape? Right era?) literary references, even the Language of Flowers. I wanted to be as sure as I could that I’d given every poem the best possible chance, and I can now put my hand on whatever organ you care to name and confirm that I have done so. 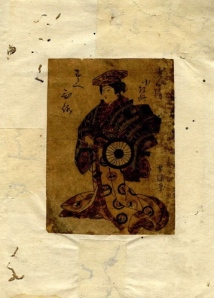 And now I’m left with a short(er)list of 105 poems. Just a tad over one sixth of the number I started with. In numerology, six is defined as “Reaction/flux. Responsibility”. Chinese numerology? Apparently in Mandarin, six is pronounced similarly to “fluid” (流, Pinyin: liú) and is therefore considered good for business, and represents happiness. In Cantonese, it’s a homophone for blessings, and in I-Ching stands for “yin”. So there you go. What significance there is in 105, I’m less sure. According to Wikipedia, the year 105 (I’m assuming AD) was known as “The Year of the Consulship of Candidus and Iulius”, and you may check for yourself the list of births, deaths, conquests, treaties and human increments. It makes for reading.

I’ve started to notice themes – quite a few earthquake poems (given the strength of haiku in Christchurch, this is not even slightly surprising), the usual strong presence of things like moons, birds (specific and general) flowers (ditto) and children. But something that I hadn’t expected – but which is probably something other haijin are going “yes, of course, we all know that” about – was how much water there was. Rivers, lakes, the sea, ice, snow, steam, mist, fog, rain … I might actually sit down after everything’s done and work out exactly what proportion of poems mention water. (And moons. And flowers. And children. And …)

The plan is to completely ignore haiku for a couple of days. Then I’ll mix my 105 contenders up, and start the whole process all over again.