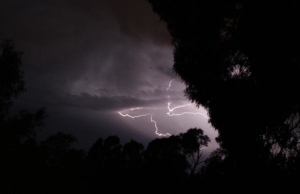 Yesterday was the second anniversary of the first earthquake. I had planned to blog about it on the day, but, Mother Nature having a very highly tuned sense of irony, there was a particularly exciting thunder storm that spent the afternoon tethered to Southbridge. We had lightning, we had thunder, we had hail. We even had rain. Not, all things considered, the right sort of weather to accompany the use of expensive electronic equipment that is attached to what can loosely be thought of as free-range lightning rods. (Well, power and phone lines.) We lost power for about three hours, and were facing the prospect of Apple Surprise for dinner (the surprise? it’s an apple), except we didn’t have any apples, so it was more likely to be Tuna Surprise. But then the power came back, and we were able to eat Hot Food after all.

The reason for my not posting in the morning? Week Three of my marathon Funding Application Writing Session. I have now officially lodged my request to Creative New Zealand for some dough to allow me to spend a good chunk of time next year getting Book Number Two finished. I really really hope the application succeeds, and not only because the money would be very nice indeed. (Cough cough mortgage cough cough.) But because I really really don’t want to have to go through the [insert preferred expletive, and may I recommend using the quite strong end of the spectrum?] process of filling out another such application for a very long time. Whole forests died for it. And writing out a case for why they should pay me to write poetry for six months has left me with the desire to have nothing whatsoever to do with poetry for months, if not years. If you’ve ever seen those insane Japanese gameshows where people allow themselves to be dragged across gravel and spiky things until their bottoms are more thoroughly grated than parmesan in a cheap Italian restaurant, then you’ll have some conception of how it feels. My theory is that at least fifty percent of the selection is actually attrition. 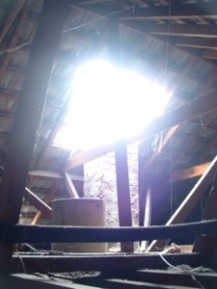 And yes, in case you were starting to have inklings, the above is really a way of me distracting myself from what yesterday actually was. Part of me is drawn to the memory of that first, horrendous event. Trying to put words around it, how it felt, how it sounded. But … I start crying. Still. I feel my muscles tensing up, my body clicking into flight-mode. And I have a superstitious dread of actually writing the poem that I keep meaning to write. (So I capture it. What the hell do I do with it then?)

I actually woke up at 4 am yesterday morning. According to Geonet there wasn’t any seismic activity then, so it was just some part of my brain keeping track of things. (By another co-incidence, we finally heard back from the Fletchers people the night before about starting the repairs on our house – yes, the ones that were supposed to have been completed by mid-August.)

But I’m incredibly, verging on obscenely lucky. All I have to do to remind myself is drive through the city, especially if I head east. The world has so many ways to break your heart, especially in spring, and Canterbury has added a slew of variations that are all our own. It’s hard to remember what life was like before the quakes. How will it feel, when there’s a rumble in the distance, and your first thought is thunder?

I have to believe that we’ll get to that point. Hang in there, my people. Kia kaha.

2 Replies to “Anniversaries; delayed commemoration of, and associated excuses”