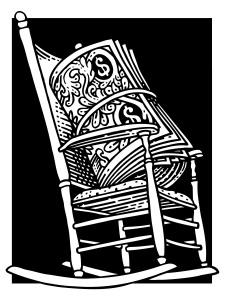 Just found out that Creative New Zealand have rejected my funding application for money to enable me to finish the new collection.
Bah. And probably humbug too.

I knew it was a bit of a long shot, but on the other hand I thought I ticked pretty well all of the relevant boxes. The hope was to get a stipend to allow me to step back from everything for six months next year (March to August) to focus on nothing but my own writing. The Summer King came out in 2009. In order to get a second collection out five years after the first, I would really need to have a completed manuscript to my publisher by the end of next year.  So that was the hope/plan/aim/strategy. As much as giving me the financial support to do it, the grant would have made it so much easier for me to say no to things next year. No teaching, mentoring, reviewing, paid-critiquing and so on for six months. Better – I would have a contractual obligation to say no for those six months. And just write and edit my own stuff. Completely immerse myself in my own work again, which I haven’t really done since I’ve been back from the UK. (I know, most people never get that chance, and I should be disciplined enough to do it on my own with whatever time I have. But the mere handful of poems completed this year tell me that I am so not.)

I was also, it turns out, hoping quite strongly for that sort of affirmation of worth. Stupid, I know. (Not to mention pathetic, needy, juvenile, etc etc etc fill in your own adjective.) But it would have been nice to have someone (a committee of someones?) who don’t know me at all saying “You know, I want to see this book – give this woman money immediately!”.

Enough self-pity. There were some really interesting (and potentially useful) things that came up in the process of putting the proposal together. The main one was discovering that I do have more decent poems than I realised. Nothing’s had the full bastard edit yet, but they are basically ready. So that was comforting.

Next was what happened as a result of having to actually formulate a coherent description of what the book will be /about. If you were at the CPC reading on the 10th, you will have heard a lot of it. Essentially the collection is going to be shaped around a sequence (or series, really) of elegies, called ‘The Ministry of Sorrow’. (And yes, you’ve heard me use that phrase before. Here, in fact.) The centre of the sequence (series) (thing) will be a group of poems about my grandmother, who died just before the February earthquakes. She’s the one who made me a poet. They won’t all be weepy poems, but ‘Sonnet’ will be there. But also an older poem called ‘Bread’, which I’ve always really liked but which didn’t make it into The Summer King. And a couple of other poems about her, in various states of disrepair, that I want to include. And there are other elegies too – ‘ Lijssenthoek’, ‘Poem Written Several Years After Freezing My Bum Off at Tintern Abbey’, and my elegies for Christchurch (aka the Earthquake poems). The collection is in danger of being a bit of a misery-fest, so the idea is to have this central section with different griefs weaving in and out of each other, and then to emerge into the book’s final part to get some relief. Not comic as such, but lighter. I want it to feel like the calm you get after a really good cry.

That all probably sounds horribly depressing, but I’m hoping it won’t be, if I can pull off what I’m aiming at. No point pretending that the poems are mainly shiny happy things, and try to disguise the sorrow. So take it head on, and make a feature of it.

Which brings me neatly to the theoretical title of the collection. Janus, for the Roman two-headed god of doorways and transitions. Lots of reasons why. For starters, one of the main things that I think has changed in my work since The Summer King poems were written is that I now write lots more poems that involve some sort of doubleness. Sometimes it’s two (or more) different stories playing against each other, sometimes it’s using different language levels together. Sometimes it’s about looking at different facets of the same thing, the way ‘Fault’ does. (I so want to write a whole sequence of poems that riff on the various meanings of words, but I’m worried that it will start to seem gimmicky, and I don’t want to do anything to dilute its power …) But there’s another reason. I have quite a few doublets. Poems that share some key element, but which don’t actually talk about the same thing. Or that are doublets of poems from The Summer King. The usual wisdom is that you either change as much as possible, to cut out the repeats, or at least spread them widely enough apart through the book that the connection gets diluted (and hopefully slips by unnoticed). But … I don’t think that will work here. Because the images are important and necessary in their poems, and I have too many cases of this happening for them to be diluteable. You may not notice that I’ve used ‘caves’ in poem A and B (for example), but then I use ‘fish’ in poems C and D, and ‘ice’ in poems E and F, and ‘dogs’ in poems G and H … you see my problem? You might miss the link between A & B, but you’ll see the link between one of the other pairs, and then become sensitised to it for all the other cases. So my vague plan is to again not try to hide it, but actually use it as a feature. Links between poems. Stepping stones across the book’s stream. Pairs, that also link into other pairs. Swinging poems. As far as organising principals go, it’s not the most ridiculous I’ve come up with, and has a kind of rogue logic to it.

Of course, it may all come to nothing. I may very well wuss out and just play it safe. Or my publisher may decide it doesn’t work for them, and require me to rethink. Or reject it outright. But at least having to pimp myself to CNZ has made me think about what is going on in this agglomeration of verbiage. And I like to be a bit different.

Which brings me to my final challenge. Or opportunity. As part of the pitch to CNZ, I actually came up with a rough timetable for writing and editing sufficient work to get me to the finishing point. It did my head in at first, just the concept of trying to timetable creativity. But I ended up with a plan that made sense, and seemed do-able. Of course I was asking for them to pay me to do it, which would have added both carrot and stick to the mix. And now I have this lovely plan, but no carrot, and no stick. So I have to decide what to do. Do I just muddle on as usual? Get the collection finished whenever that happens? Or do I aim for a watered-down version of that plan, but still do some teaching? Or say sod the lot of them, and behave exactly the way I had planned to (six months off, no teaching etc), just with no money?

Where is the Oracle of Delphi when you need her?!

Aug/Sept 2021 – a five session  class on the joys of Formal Poetry.