Ten years ago today I was standing in the doorway of my bedroom, watching the house swaying around me, listening to the sound of the nails pulling in and out of the framing timbers of the house. I can’t remember how many aftershocks we’d had by this point, four hours on from the 7.1 earthquake that still resonates throughout Canterbury (literally – Rūamoko, we really didn’t need last night’s reminder!). I can remember hearing the blackbirds singing outside, and  how bright and clear the sky was once the sun was up. I remember hearing the phone ring down the other end of the house, and feeling terrified as Stewart went down the hall to answer it – the house had an old brick chimney, which was smack dab in the middle of the roof. It had cracked right through, as it turns out, and bits had rotated. I mean, it wouldn’t be easy under normal circumstances to work out which areas of the house would be potentially out of danger if it came down. And these were not normal circumstances. 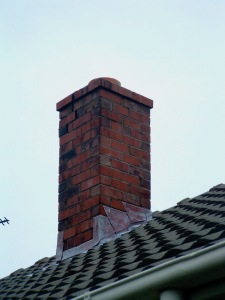 I say that, but they became normal. We all learnt to notice things like cracks in masonry, unsupported frontages on shops, the thousand little signs that meant hmm, maybe not such a good place to walk under, just in case. Even now, ten years on, there is part of me that recognises the difference between the rumble of a stock truck or the usual farm machinery, and the beginnings of a quake. (It makes the start of pea-harvesting time a little fraught, until I recalibrate my spidey-senses.)

We went for a walk around the neighbourhood mid morning, back then. It was so weird – what were we meant to do? Where we we meant to go, or not go? If our house was all right, were we just meant to get on with life as normal, or stay put, or …? Our street was largely undamaged, although you could see that most of the chimneys on houses like ours were cracked. None terribly dramatically. A few blocks away there were a couple of houses with bigger damage. Then turn the corner, and it was back to being a normal Saturday morning. We were lucky. We kept saying that, to ourselves, to each other. And it was true.

I was supposed to be teaching a class at Polytech that day. I had one of my students phone me to ask if the class was still on (Hi Rae!), so I had to try and work out what we were doing. We decided not to go ahead, as things in the centre of Christchurch were not great, and people were being asked to stay away. It was the beginning of us all learning to construct a normality of our own making, out of the rubble, out of the chaos, out of the uncertainty. It’s something we became very, very practised at.

My abiding memory of that first quake is cowering in the doorway of our bedroom in the dark, me with my back against one jamb, Stewart with his back against the other, holding hands and hoping against miserable hope that the shaking would stop soon. Listening to the nails shrieking and the car alarms screaming, and burglar alarms wailing and the tiles on the roof clapping and clattering and the house house pitching and shivering and rolling like we were in tiny boat adrift in the middle of a storm.

I never slept in that bedroom again. The first of many never agains. For all of us.

One Reply to “Happy Quake-iversary, Canterbury”