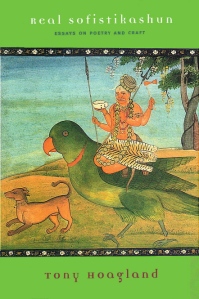 I came across this post on ReadWritePoem (now defunct) a wee while ago, which chimed with something I read in the fabulous Real Sofistikashun, by Tony Hoagland. It’s in the section where he’s talking about poets making a deliberate decision to move away from the style and/or themes of a previous collection (or collections). I know my writing has shifted since the bulk of The Summer King poems were written – part of my MPhil thesis was an exploration of ways of adding extra layers of meaning and complexity to a poem, and it’s definitely permeated into my work. Before then, I wouldn’t have even known where to begin to write a poem like “The Salmon”. But it’s becoming part of my technique-toolkit now. I know where to find it without needing to rummage too far.

But back to the RWP post. Mary talks about bad habits of reusing the same words and images without realising it, and, and proposes a set of procedures to “help free your writing circuits of excess”. Go read the article. Then come back. I’ll wait.

This idea of talismanic words, of phrases or methods of development that almost become your trademark, is something that I find fascinating. It’s one of the things that came up when I was putting The Summer King together at Glamorgan. I knew that there were code words – I don’t drink tea, so I discovered I’d tended to use the phrase to indicate something I was dismissive of. And then there’s the references to things like hair and teeth, both of which have caused me quite a bit of trauma over the years. Also I start a lot of poems with ‘There is’, or some variation thereupon. (Always useful to list all your first lines when putting a collection together!) The one that surprised me though, was ‘bone’. Stephen Knight was the person who picked up on it – went through and counted all the occasions that I’d referred to bone or bones. 15 times, as it turned out. Of course, a poem like “Breaking Up” accounts for a lot of those. Ditto “Skeleton” (although fewer there than you might think). From memory, I think I tried to argue something along the lines of “well, it’s because I write about fundamental things, right, stripping away all the peripheral stuff”. But it was a valid criticism – once you notice that the word is cropping up a lot, it becomes quite distracting. So it meant I had to go through and challenge everywhere I’d used it; see if it was really necessary. (I’m sure there are some that I decided to leave in that others would have marked immediately as expendable – thank you, there’s no need to let me know which ones.) 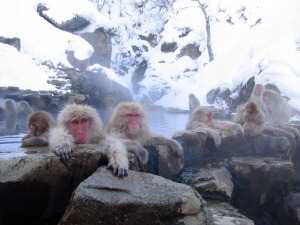 Anyhow, the Theraputic Cleanse sounds like a really good option for the next time I get a decent little stack of poems together, and start to contemplate Collection Number Two.Sit down and really see what’s going on in my poetry. What do I really write about? And how many circles am I making? Where am I becoming predictable? Where do I need to move on?