Writing poems is like waiting for lightning to strike. But it’s hard to order your life around that.
– Stephen Dobyns
from As the Poet Said …

I was thinking about the business of inspiration. What a strange variation of it we seem to have as poets, and all the ways we complicate it.

When I was a kid, I used to get what my family called my “writing fits”, when the need to write, to physically take a pen or pencil or crayon or stick or whatever and write something, would come over me and make it impossible for me to concentrate on anything else until I’d written it out of my system. It genuinely felt as physical and irresistible an urge as the need to take the next breath. It hurt not to, and fortunately I learned quite early on the virtue of always having something with me that I could write with. “On” was less of an issue – covering my arms with scribble was not uncommon, if I couldn’t find paper. On one occasion I even raided the canteen rubbish bin for the paper bags our school lunches came in – you can get quite a lot on one of those, especially if you incorporate the lunch items into whatever it is you happen to be writing. (Which is presumably why my earliest stories had characters with names like “Vegemite, the Strong Man” and his trusty sidekick “Tomato sauce”.)

Poetry builds up in your mind like a charge. … At the right moment, the poem doesn’t have words. It’s a pressure.
– Les Murray.
from As the Poet Said …

Growing up did suppress things, as it inevitably does, but I still remember how inevitable writing felt when I first started writing poetry seriously. The idea of writer’s block was as abstractly terrifying as the notion of cancer – you knew it could happen, and that it could, in theory, happen to you some day. But “some day” and “in theory” meant it wasn’t something worth worrying about in the here-and-joyously-proliffic-now.

Irish poet Sinead Morrissey wrote in Magma 28 about suddenly finding herself unable to write. How she had, in essence, had to re-invent her writing-self, and learn how to write as though for the first time. And how her process had needed to change, from essentially acting as a vessel for inspiration, to accepting that she now needed to put in quite a lot of work before anything could be expected to take off. Like going from being a hunter-gather to being a farmer.

I believe in inspiration but observe, sadly, that it often presents between the third and the fourth draft …
– David Howard 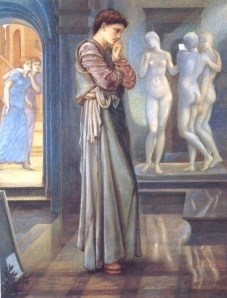 Usually winter is my best season for writing. There isn’t too much going on  in the garden, and I get to curl up in front of the fire surrounded by books and pens and blankets, and just wallow in the pleasures of writing. Housework can be postponed, because the lower light manages to do a lovely job of disguising all the spiderwebs and coverings of dust and fluff and so on, and our dinners tend to be one-pot, hearty meals with hardy any washing up after. But this year didn’t go so well – in part because of being in weekly expectation of the EQC guys turning up (possibly with a bulldozer, given how many things on our claim they’ve still got wrong), and also because the effort required to write the three big funding proposals left me feeling rather grumpy and drained. Even my week with the flu didn’t help – attempts to write tended to trail off into squiggles, and one time I nearly poked my own eye out when I nodded off over a pen.

But here we are, in glorious spring, and I’ve gone around telling people that I hope to have a second collection assembled by the end of next year, despite only having completed five or six poems this year. (It seemed like heaps of time when I was writing the funding application.) So now I have only to battle the distracting powers of my personal demons, EQC, the garden, the chooks, cooking, teaching, books, Angry Birds and did I mention the garden? So many poems to write, and so little won’t-power …

Who am I trying to kid? Poems will come, or not, and as Gillian Clarke repeatedly told me, “even when you can’t write, you can work”. Loads to do. Breathing in, breathing out, being incredibly grateful that this is my life and that sometimes the spark catches easily. When it doesn’t, wheel out the bellows and fill your lungs!

A final quote that gives me a great deal of both comfort and amusement.

You do not need to leave your room. Remain sitting at your table and listen.
Do not even listen, simply wait. Do not even wait, be quite still and solitary.
The world will freely offer itself to you to be unmasked, it has no choice.
It will roll in ecstasy at your feet.”
– Franz Kafka (1883-1924)

Just between the two of us – do you believe in being visited by the muse? Or that inspiration is the product of practice and effort? Neither? Both? Or something in between?

6 Replies to “Inspiration, breath and patience”