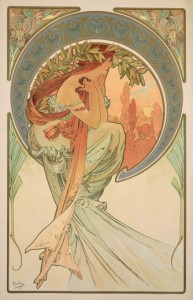 One of the great perks of being a freelance creative writing teacher is that I get to read a load of books of poetry and claim that it’s work. And one of my favourite targets for this is (or possibly are – grammar?) the annual poetry anthology.

I love anthologies. Especially this sort, which limit selection to one (or possibly two) poem per poet, and cover a single year. Discovering that the Canterbury Public Library system had copies of things like The Forward Book of Poetry and Best American Poetry (the grand-daddy of them all) was a breathtaking introduction to the wider world of poetry. Yes, I know the criticisms – the scope tends to be narrow and/or mainstream, they reflect the editors’ ideas of merit rather than any objective criterion, they exclude as much (more, really) as they include. Yep, granted. And worth keeping in mind.

But … I don’t know of a better way to be introduced to a large number of poets from a particular country, all of whom were considered publishable by at least two editors (the original place of publication, plus the anthology’s editor). It’s a glorious pick-and-mix, a way of sampling things without the full-on commitment of an entire collection. At worst, it demonstrates the limitations of a particular time, or a particular editor’s taste. (I’ve never read anything that was perfect all the way through.) But at best, it’s like a really great speed dating session or singles party – you get to meet and mingle, and if you don’t spark to this person, fine, how about him? Or her? Or them? I’ve discovered so many poets this way, and bought so many books that I treasure because of coming across a poem in an anthology. Perhaps in an ideal world every poem would be accompanied by a critical essay, pointing out its features and flaws, and situating it in a literary context. (Better: two such essays: one pro and one con, so you can evaluate both the poem and the essays.)

—Hang on, that’s more or less what I’m trying to do in my classes … I may be in danger of suggesting myself out of a job. Ahem. (And yet the concept does have a certain appeal … another anthology project, anyone?)

Aaaaaaaaanyway. Back to my actual subject. For my upcoming Reading for Writing  – Around the World class, I’ve been wallowing in anthologies from 2015. (Why 2015 and not this year? Because not enough of them were published in time for me to get copies and read them and create classes before things kick off.) I’ve bought a copy of The Best American Poetry and The Forward Book of Poetry every year for quite a long time now, so going with them was a no-brainer. But I wanted to include The Best Australian Poems 2015 too

(which I buy slightly less religiously), which brought me to three books. I knew there were others, so I decided to add The Best British Poetry: 2015 and The Best Canadian Poetry in English 2015 to the mix, and duly ordered them. (I also considered Best New African Poets 2015, which would have been interesting. But it’s 1. a bit hard to get, 2. comparatively expensive, and 3. something that would require a lot more time to do cultural justice to.)

My usual thing is to read the anthology with either a handful of paper markers or paperclips nearby, to mark poems that particularly appeal. Or appall. Either will do. Later on I’ll copy them into my journal, and make notes about them for future reference – sometimes it’s just a simple why I like/dislike this poem, sometimes it’s because it sparks an idea for a new poem or suggests an approach for fixing an old one, sometimes it’s to do a close reading of.

And, when I’m getting ready to teach a new class, it’s because something about it strikes me as useful for either an exercise or a class discussion. I usually get three or four or (in a really good one) five poems that leap out and get instantly marked. I go back later and read through everything again to find a few more poems that will go with the ones already chosen. The key thing to keep in mind is that I’m usually only marking three to five poems.

Would you like to see what happened when I got to Best Canadian? 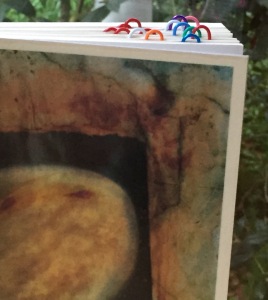 Yep, I ran out of paperclips.

I had no idea how glorious Canadian poetry was. I had, stupidly, assumed that I would have already come across most good Canadian poets in American anthologies. I recognised very very few names, and that will now, very definitely, change. Poem after poem, I found myself sighing, pausing, reaching for another paperclip, waking my husband up to share yet another brilliant line or startling and right image. (He may not be as big a fan as I am, at least at this point.) I am going to have a hell of a job whittling this all down to just six poems. It would almost be faster to say which ones I didn’t mark.

Who knows: maybe this was just a really good year for Canadian poetry, or maybe this particular editor (Jacob McArthur Mooney) is just someone whose preferences align unusually well with my own. But I am really looking forward to teaching these poems.

And adding another shelf to my anthology bookcase.

If you’re interested in reading a fairly … strongly put critique of anthologies like Best American, this essay from William Logan is worth a look. As are most of his essays, actually, although you’ll probably spend a fair bit of time wincing.

In the spirit of full disclosure: should you buy a book by clicking on any of the above links, I will receive a 5% commission on the sale. Which will not go anywhere near meeting the cost of my book-habit …

Aug/Sept 2021 – a five session  class on the joys of Formal Poetry.