Way back in December last year, as I was first wallowing in the delights of Canadian poetry and checking out the magazines that had published poems I particularly enjoyed, I came across something that sounded interesting: the Contemporary Verse 2 Two-Day Poem Competition. Very simple – you sign up, and at midnight on the first day of the contest you would be emailed a list of ten words which you must then use in a new poem. Everyone gets the same words, and you have to use them all, in the exact form provided (so no changing the tense, that sort of thing). And you had two days in which to do it.

One of the things that sold the competition to me was the way they choose winners – a First, Second and Third place (quite usual), plus an Editor’s Choice (ooh, bonus!) and a People’s Choice (double bonus!) and an Editor’s Dad’s Choice. At which point I fell hopelessly in love and decided that I had to give it a go. The fact that you could also get a heavily discounted subscription to the magazine along with your entry was the chocolate sprinkles on the whipped cream on the icing on the cake.

But that was back in December. I had completely forgotten about the competition, so it came as somethig of a surprise when I receieved the first email about it, counting down the last few days to go until it all kicked off. Crikey. A complicating factor was that we were looking at a fine weekend here, after yet another week of heavy rain. My garden needed me in ways that weren’t really easy to put off. Plus we’re in the middle of trying to replace our old logburner, so I was also sending emails off to tradesmen and suppliers and so on. Not an atmosphere entirely conducive to creativity. 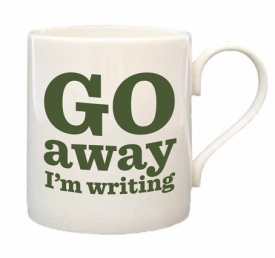 But hey, my students manage to come up with poems in half an hour, and I was going to have two days. Previous years’ words had been really interesting and evocative – salt, becoming, furuncle, bearded, fortune, hinky, animate, fervent, prune, and emerald in 2016; satellite, ham, soaking, lapsed, stencil, mirrored, before, pyrite, faked, and appliances in 2015; and booster, timbres, cramp, unlocked, putative, wolf, barge, versions, probably and tag in 2014. So interesting mixtures of tense and form, with one tricky word thrown in to stretch you. But lots of possibility. (As was proven repeatedly by the quality of the winning poems.)

Yep. Like to guess the words we got, 5 pm Saturday afternoon, New Zealand time? They were:

It was at this point that I started having a small panic attack.

Four stonklingly long, overly-complicatated words. I mean, I could manage bombastic and daguerreotype, but the other two how-the-hell-do-you-even-use-this-in-a-sentence words … no idea. (For those who are wondering, “copacetic” means ‘in excellent order’, and “absquatulated” means ‘buggered off’. Apparently. Although I may be paraphrasing the latter.) 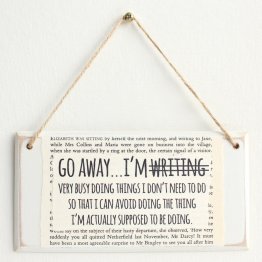 So began two days of writing hell. And vast quantities of avoidance. On the other hand, I did make a new compost heap. And cleaned the toilet. Both toilets, actually. And got a fresh coat of paint on the cupboard doors.

I tried to comfort myself with the words of Thomas Edison – I have not failed. I’ve just found 10000 ways that won’t work – but that didn’t help much. Ultimately I just had to do the hardest thing of all – sit there, and write. And keep writing. And writing. And writing. Brute force and bloody-mindedness. To the accompaniment of Ludovico Einaudi’s Experience (a really great piece of music: enjoy!):

Eventually it all did – sorta – work. I ended up needing to break into the Easter egg stash for fuel, but I got something done. Something that could, if you screwed your eyes up and squinted the right way, having first adopted an open, friendly and enthusiastic mood, have passed for a poem. So at 2pm I went outside for the first time since feeding the chooks, and pottered for half an hour. Then came back inside to try and edit some sense into the damn poem, and make copacestic and absquatulated less like the mutt’s nuts. By which I mean I hid them amongst other words of similar bombast, and hoped for the best.

All the time I’m doing this, the clock is ticking down. A fact that I suddenly realised with five minutes to the deadline.

They were not pretty minutes. I had to quickly bang it all into MS Word, check the contest rules for how exactly it was meant to be formatted (and I have a horrible feeling that I cocked at least one of the requirements up … argh), open an email, attach the document, add my contact details and title of the entry to the body of the email, and hit “send”.

I heard the swoosh sound of the email being sent as the clock on my computer ticked over to 5 pm. Immediately after which, my “you’ve got mail!” sound played, and a cheery email from the competition organisers appeared, announcing the competition closed for another year.

So there you have it. My crit groups will have the opportunity to see the carnage for themselves. I think there may be a worthwhile poem in there, somewhere.

But I suspect it won’t include the words “copacetic” or “absquatuated”.