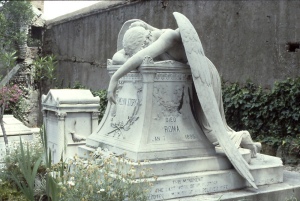 … and still the [redacted]s keep dying on me!

It was bad enough when Mary Oliver died in January. Then WS Merwin and Linda Gregg in March. And then Les Murray (April 29th, although I found out much later). And Stanley Plumly, also in April, who I’d corresponded with from time to time when I was editing Kokako. Marie Ponsot, doyenne of the tritina,  in July. Elaine Feinstein, who I knew better for her criticism and translations, dead in September. I needed a subject for my final class of 2019, and when I kept getting minor variations of the same blank look response when I bewailed their passing (who? Oh, I think I’ve heard of them …) I decided we needed to have a course looking at the work of some of these poets who had slipped away from us. People whose work we should know, whose deaths had made me realise a loss that I hadn’t even seen happening. All the more so when I started looking at Wikipedia for monthly lists of notable people who had died each month in 2019. So many poets I’d ever heard of! So many poets I needed to get to know, even if only tangentially.

I went with three I knew and loved – Merwin, Oliver and Murray – and was going to add a couple who I had never read much of before – Carole Satyamurti, and either Linda Gregg or Elaine Feinstein. But then Ciaran Carson – brilliant, funny, eloquent, just-mad-enough Bard of Belfast, Ciaran Carson – also died, on October 6th, just as I was finalising my list. So with many apologies to Linda and Elaine, I brought Ciaran in as my fifth poet.

I really enjoyed having the opportunity to show these five poets to my students. It’s a tough ask to sum up an entire career in six poems, so I just do the best I can to give a taste of their work, and then send my students off to read more themselves. (Judging by the number who 1/ borrowed my copies of their books and 2/ bought copies for themselves, it seems to work.)

And then Clive James – who I met, who I’ve been published alongside, who was a huge part of the cultural capital of my childhood and adulthood, who I taught a class on a few years ago – finally died, after essentially setting up a holiday home on death’s doorstep for the last five or six years.

Please, can poets I love – or will love, or should love, or would love if I had a chance to read their work – please just take a break from dying for a few months? So I can catch up? And dry my face?